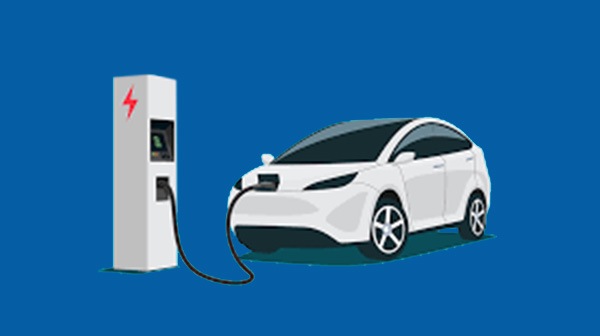 Way back in 2006, Gil had the foresight that electric vehicles (EV’s) were coming and they were the future.

Based on the current vehicle modelling and production plans, by 2030 EV’s will represent 50% of all vehicles on Australian roads.

Gil identified the change early and took the initiative to take himself off to the USA to study both the theory and practice of servicing, testing and repairing hybrid Toyota Prius cars.

In the photo above, Gil at the 6 years of age attended a fancy dress party, dressed as a mechanic.
He WON first prize.

In the photo above, back in 2006, a young and slimmer Gil at the USA Prius EV training course. Still wins first prize.

When he returned word got out in the trade that he had undertaken this high-level course.  Fast forward to now and Gil wins 5 Start ratings on Google and has hundreds of rave review testimonials from happy clients.

He was invited by Strathfield TAFE to lecture to their lecturer’s on the new hybrid technologies. He has had an ongoing relationship with them ever since.

Similarly NRMA invited him to lecture to their road service mechanics on how to handle the high voltages in the Prius safely. At the TAT national conferences he delivered similar training courses.

This interest in Hybrid and EV technology became a passion for him. He has spent countless hours studying and participating in international technicians groups dedicated to both HV and EV. He gladly shares his knowledge with any mechanics who phone him for advice. They call him from all over Australia.

He has been doing repairs and servicers to Hybrid Vehicles for years.

As highly sophisticated as the electronics are in both the HVs and EVs there are still the many mechanical aspects of the vehicle which will need to be maintained. Parts are still going to wear out and will need replacement. Air filters will need replacement. The efficiency of vital sensors will need to be monitored, adjusted or replaced. There are sophisticated feedback circuits that will need to operate within specified parameters if maximum performance is to be maintained. Batteries do not have indefinite life spans. Heat and cold have do have negative impacts on their efficiency and longevity.

The main stumbling block for electric cars (EV) this is of course the battery. This limit has not changed since the first mechanic built his own EV as a hobby project about 100 years ago; Then as now the limiting factor was and is the batteries ability to deliver power for an extended period for long distance driving.

All EVs have two batteries. The starter low voltage battery looks like current petrol car battery.  These lead acid batteries there are made up of six 2 volt cells wired in series to give an output of a 12volt DC supply. The High voltage battery which drives the motor can be made up for example of 300 1.3volt cells delivering about 400volts DC. These are well hidden and secured for safety sake as the voltage and amperage they deliver is very likely to be lethal.

If one took cars from the year 1910 for example as one’s starting point and compared them to today’s car there is an incredible difference: Now doing the same comparisons with decade intervals the advances are much smaller: doing this on an annual basis shows only small incremental improvements. There were of course some years when larger advances took place, like the advent of the automatic transmission.

This is in no way meant to denigrate the efforts and achievements of those engineers, mechanics amateur enthusiasts who sent hours working on and perfecting their visions.

Let us pause for a moment and look at a different industry for a parallel comparison. Compare the original 4×5 plate bellows cameras, to the Leica’s of 1925 or the Minox spy cameras or the Minolta cameras of the 1970s. They were all basically the same: All had a shutter, a diaphragm, a focussing lens: All used film to record the image projected on to them. The major breakthrough came about when images were captured electronically. This did not see the demise of the camera only the film industry.

Since the early days electric motors too have had many many incremental advances in their design and manufacture. Battery technology has been improving year after year and especially over the last decade.

It is very doubtful that battery electric vehicles will ever match the low cost of the internal combustion engine. At this stage the Holy Grail for EV cars is thought to be a solid state battery which it is hoped will have a storage capacity for a 1500 klm trip, and a fifteen minute recharge. So far all attempts to produce a solid state battery have failed despite billions of dollars invested in research.

The universal driving forces behind this move to EVs are governments, vehicle manufacturers and a environmentally conscious public.

Our Mission: Taking Care of People and Their Cars

My mission since taking over the business in 1989 was and still is to provide quality caring service and repairs. Motoring technology is changing on a daily basis. I am dedicated to keep up to date on a personal basis and ensure my staff also are at the leading edge of these new technologies.