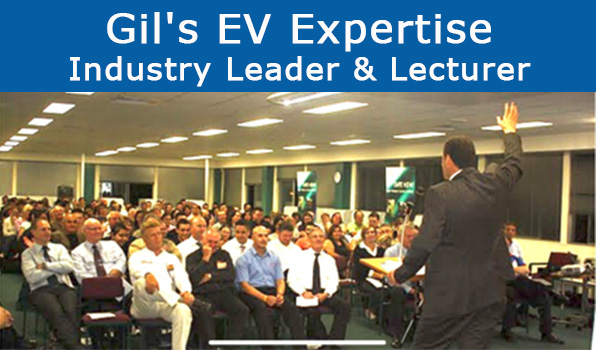 These vehicles recharge from plug in charging stations only.

Travel distances and distances are the limiting factors at this stage. As batteries are improving and charging stations become more ubiquitous this will be more attractive as a choice should the recharge time become shorter. For people living in units access to home chargers is going to be challenging.

These vehicles draw their power from liquid Hydrogen Cells which gets converted into electrical energy to drive the electric motor. In the process they do not give off any hydrocarbons. These vehicles have a much longer travel distance than the battery only electric vehicle. The refuel time is similar to that of petrol diesel cars.

It is very doubtful that electric vehicles will ever match the low cost of the internal combustion engine. It is thought that the holy grail of electric vehicle batteries will be the solid state battery. So far all attempts to produce one have failed despite billions of dollars invested in research.

EV cars are gaining ground as personal modes of transport in Australia. Over time Governments are likely to mandate the all cars to be electric only.

How to recharging stations work?

A brief and simplistic explanation of the electrical changes that take place in an EV charging station.

The unit is plugged into a 240volt AC (Alternating Current Source). This is the standard Australian domestic supply.

Before combination they would looks like a series of ocean waves having peaks and troughs. Visualise an imaginary line running horizontally midway between the peaks and the troughs. This is what alternating AC voltage looks like. Starting at zero volts at the horizontal line it increases in voltage to its peak before descending to the horizontal line, which is its datum point. From there it continues to descend, the voltage going negative until it reaches its nadir and then commences upwards toward zero. This rise from zero to its peak, descend to zero, continue on to its nadir and then rise again to zero is one cycle. In Australia our mains home is AC voltage at 240 volts and 50 cycles per second.

These two blended voltages are fed into a diode bridge which eliminates all negative potions of both cycles  so that the resulting wave form looks like a row of Eskimo igloos touching  each other at their bases.

The straight line base is the negative (zero volts). The positive arcs are rising and falling 100 times per second. Direct Current DC voltage must have a constant positive voltage. This ripple needs to be smoothed out. After passing through more components it emerges as a sent smooth ripple free usable DC voltage. Just for interest sake this DC voltage is only 70% voltage of the unsmoothed ripple voltage. This is fed to the rechargeable battery in the car for charging to take place.

The actual circuitry is very much more complex. The circuit is protected by fuses and current and voltage limiters.

You would have noticed on your conventional car the corrosion that forms on the two terminal posts of your 12 volt starter battery. The high voltage EV battery has many such connections which also have corrosion forming at their multiple contacts.

With the conventional 12volt car battery if one cell dies the battery becomes scrap and is sent for recycling. Just FYI 98% of all 12 volt car batteries can be recycled.

The basic unit in certain EV cars are a pack is six individual cells linked in series built into one batteries pack. These packs too are linked in series to deliver the high voltage that is required.

Should one of the six packs become faulty it must be replaced. The corroded bus bars connecting each pack can produce the same corrosion that one sees on the terminals of a conventional 12 volt car battery. This is not good. Each buss bar must be removed and cleaned, the terminal that holds it in position also needs to be toughly cleaned of all remnants of the corrosion. If it is not completely clean the remnants will seed more corrosion.

Even one dead cell in the multitude of cells that make up the battery pack will compromise the efficiency of the whole battery.

All NSW electric and hybrid vehicles have on their number plate a symbol to warn first responders of the dangerously high voltages present in this car. EV in a blue triangle, an H in a yellow pentagon.

Working on the high voltage battery pack is a dangerous procedure. The technician needs to wear high voltage Personal Protective Equipment PPE rated to at least 1000volts. They must have undertaken the special training and received certification from TAFE. A barrier need to be set up around the vehicle in order to prevent others wandering to the danger zone.

Internal Combustion Engines have very low torque at low speeds hence the need for gears and transmission systems. Electric motors have very high torque right from the start. Their pull away power and speed is superior to even very best of ICE cars.

The greater the number of cylinders in an internal combustion engine the smoother the operation will be.

This same principle applies in an electric motor. The more windings in the motor the smoother the force on the shaft will be and in turn all the way down to the tyres on the road. The motive force in this case is magnetism.  No exhaust fumes no oil leaks no loud engine noise. Only a smooth purring sound.

Just as the greater the number of cylinder’s in an internal combustion engine, so will the electric motor in an electric vehicle run smoother and with more power based on the number of windings and phases of the AC voltage driving the motor.

In an ICE Internal Combustion Engine as one depresses the accelerator pedal more petrol/diesel is fed into the engines cylinders, which makes a bigger explosion propelling the conrod at a higher speed to the camshaft and this increases the camshaft rotational speed and thereby making the car go faster.

In an EV car the voltage reaching the windings of the motor (for the purposes of this article) is a constant. So why does depressing the accelerator make the car go faster?

The inverter is a very special piece of electronic engineering and has some highly sophisticated circuitry.

The high voltage battery is feeding a DC voltage into the inverter.

While converting AC voltage in to DC voltage is a relatively easy thing to do. (See above “Charging Station”)

Turning DC in to AC produces many challenges.

A DC flip flop switching circuit will produce a pattern like the one below. To make the resulting Wave behave like a sine wave requires fractions of a second Flip Flop variable switching of the DC circuits.

The inverter has the ability to generate a wide range of variable AC sine waves. These in turn speed up or slow down the motor.

The inverter contains a circuit that varies the frequency of the sine waves either slow or fast.

When is a motor not a motor? When decelerating the spinning motor acts as generator.

“Regen” or regeneration occurs when you are not accelerating and the car is either cruising or decelerating. The motor acts like a generator returning power to the battery to recharge the battery and increase travel distance. The electrical current generated is AC or Sine wave. This sine wave needs to be converted to DC in order to recharge the batteries similar to the normal home charger.

The “Regen” also tends to slow the forward motion of the car thereby extending the life of the brakes.

In any brand not of all the same models are identical. Now this sounds crazy, but it is true!

Living in a permanently either a hot or cold area will affect the length the distance you will be able to travel before recharging.

Use of heater or air conditioner will have an impact on the distance you will be able to travel.

It is well known that with petrol and diesel engines that they consume more fuel when on uses ones air-conditioner, so too is it with EV cars: Distance traveled with air-conditioner working will be less than without use of air-conditioner.

In cold weather one should take extra steps to keep the battery warm. Some models have a schedule departure feature which will save you energy loss during your journey by pre-heating the battery.

Tips to conserve energy and extend you driving range

Drive conservatively and smoothly, suddenly and continuously accelerating and decelerating is not doing your battery any favours.  Using natural ventilation when conditions are mild instead of air conditioning will conserve battery energy. Under moderately cool conditions seat warming might surface instead of using the cabin heating ventilation system.

Our Mission: Taking Care of People and Their Cars

My mission since taking over the business in 1989 was and still is to provide quality caring service and repairs. Motoring technology is changing on a daily basis. I am dedicated to keep up to date on a personal basis and ensure my staff also are at the leading edge of these new technologies.